Yonkers Public School Superintendent Edwin Quezada said in a statement. “We must empower our children with confidence and knowledge to use their voices.”

Decades after surviving a rape as a child in the Dominican Republic, Maria Trusa is on a mission.

Trusa founded the nonprofit Yo Digo No Más (“I Say No More” in Spanish) in 2020 to raise awareness of sexual abuse and violence, particularly to children.

“Unless you talk about it, unless you break the silence, you are at war with yourself,” said Trusa, who is the CEO of Formé Medical Center & Urgent Care in White Plains.

A new partnership between Yo Digo No Más and Yonkers Public Schools provides education on sexual assault and focuses on prevention, and a march and event with activities and food is planned for Saturday in Yonkers to raise awareness.

The assault Trusa endured when she was 9 years old damaged her right ovary and fallopian tubes so badly she needed surgery, which left a scar that only served to remind her of that day.

“I hated my body,” Trusa said, and the shame of knowing her father gave her to the man who assaulted her was hard to bear.

The assault’s impact on Trusa has been long-lasting. She found herself disassociating from pain: “At some point I used to feel that I was a robot,” she said.

When she had her first child, she had trouble connecting to her son. When he cried she didn’t feel empathy, she said.

But Trusa has worked hard to rebuild the parts of her the assault destroyed.

Manuela Torres, director of research and programs for Yo Digo No Más, said Trusa embodies the resilience of survivors.

“She invites us to question us and question how we are continuing feeding into the cycle of violence, as well as how we can prevent it,” Torres said.

Raising awareness is her goal

Yo Digo No Más focuses on preventing sexual violence through sharing survivors’ stories and expert guidance on why sexual violence happens and how it can be prevented, Torres said.

Trusa said there is a lot of work to do on raising awareness in the Latinx community.

“We in the Latinx community believe that family is the most important above everything else and that sometimes enables perpetrators to continue in not being held accountable,” Torres said.

And other factors, such as socioeconomic status and access to healthcare, put the Latinx community more at risk for sexual assault, Torres said.

Yo Digo No Más also produces a talk show on YouTube, where shows are presented in Spanish or English, with subtitles in the other language.

“As a school district, our work must be to educate, bring awareness, and offer services to our students and families, who are over 60% Latino,” said Yonkers Public School Superintendent Edwin Quezada in a statement. “We must empower our children with confidence and knowledge to use their voices.”

Trusa frequently reflects on her life in a podcast on her website, mariatrusa.org. She also published an autobiography on how she overcame the trauma of the assault, “I Say No More: Raise your voice and rewrite your life.”

The first step in prevention is parents educating themselves on what sexual violence is and what the signs are, said Torres. Changes in mood, trouble sleeping or toilet training problems can all be signs of abuse, Torres said. Teaching kids about consent and how to set boundaries is also key.

The march starts after a news conference Saturday, April 30 at 11 a.m. at Unity Fountain at Yonkers City Hall (40 South Broadway). Trusa and other survivors will speak before participants march from City Hall to Eugenio Maria de Hostos MicroSociety School at 75 Morris Street, where there will be workshops, games and food from noon to 3 p.m.

The event is free and open to everyone. 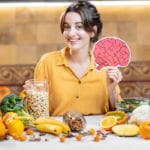 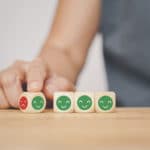