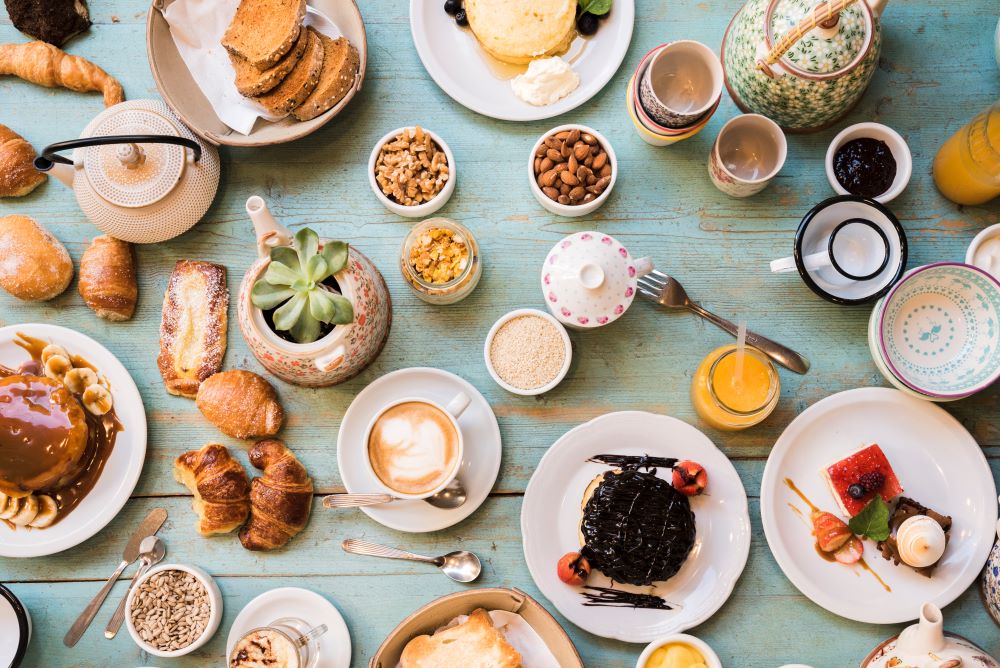 Tricks to create a portion control habit. That is the reflection of the day. I was thinking, today, looking back on when I started to control my weight and making sure that I’m living a healthy life. But I don’t feel a life where I am living a life full of limitations when it comes to food because many times we go on diets. On diets, what you’re doing is your sort of limiting the joy of food. For the people that actually enjoy food as much as they do and they tend to gain weight, diets don’t work because you go back to missing what you loved. You go back into those habits and create an unstable environment in your body, an unstable foundation in your body. An unstable foundation in your body is also an unstable foundation in your mind. Because if you think about it, when you’re overeating, it is because you’re not able to control the habits of eating. So I’ll give you a little bit of a few tricks that I used and worked out for me. The idea, again, is to create a life where you’re not feeling that you are so limited on what you can eat that you really become miserable. So the first trick that I’m going to speak with you about is, I give you the example of the apple pie a la mode. For me, it is one of those desserts that I happen to love and I don’t love many desserts. I am lucky that way because I don’t have the sweet tooth like most people say but I just enjoy a good apple pie a la mode. What would happen to me was that I would go and order that at a restaurant and I will end up eating the entire piece that they would put in front of me. I used to feel guilty and then, OMG! I just overate! Why did I just do that? So I created a habit where I would decide I’m going to have four teaspoons of apple pie a la mode and after that, I am going to destroy the apple pie. I would even put ketchup, salt or water on it. Whatever I had near me so that I could not eat it. Normally, even the people that are with you can share with some people. But many times, not everybody likes the same thing you like and you end up ordering something that you will swallow it up . Then, you feel guilty and you feel horrible after you eat it because we are built with this instant gratification mentality. We just want to feel good. The delayed gratification is the fact that when you decide that you’re going to destroy the food so that you don’t eat it and you don’t eat the entire plate, then you’re feeling good. You have this delayed gratification where you are going to start creating these healthy habits where you’re eating to satisfy yourself but not to over indulge in the same thing. My other trick that I’m going to give you is, by the way, I used to do this on french fries because french fries is something that I happen to love and I try to not deprive myself from the food that I love to eat. But what I do with the french fries is the same thing. I would eat a certain amount where I felt okay, less than half, and then, I am going to destroy it with water and that’s what I ended up doing. I will put water and people will laugh at me and some people thought I was crazy. Like, “why are you doing that?” but I realized that I had a hard time controlling myself when it came to certain types of food and that I kept thinking of that delayed gratification. So this works for me extremely well. I don’t want to do this anymore because I’ve learned the habit of really understanding the portion control that I need to satisfy my needs and make sure that I didn’t indulge. The other trick is a small plate when you’re eating at home. Serve yourself in a smaller plate. If you are eating in a restaurant, automatically, ask the waiter that you want to take half home and to serve half your food and then you can eat it later. Every time that I have something in front of me and I’m going to eat lunch, if it’s a sandwich, I split it immediately. I just take the half that I’m going to eat and I put away the other half. Normally, I find someone that can share with me. So, hopefully, these tricks can help you reflect and reconnect with your body. 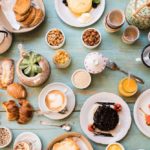 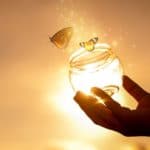