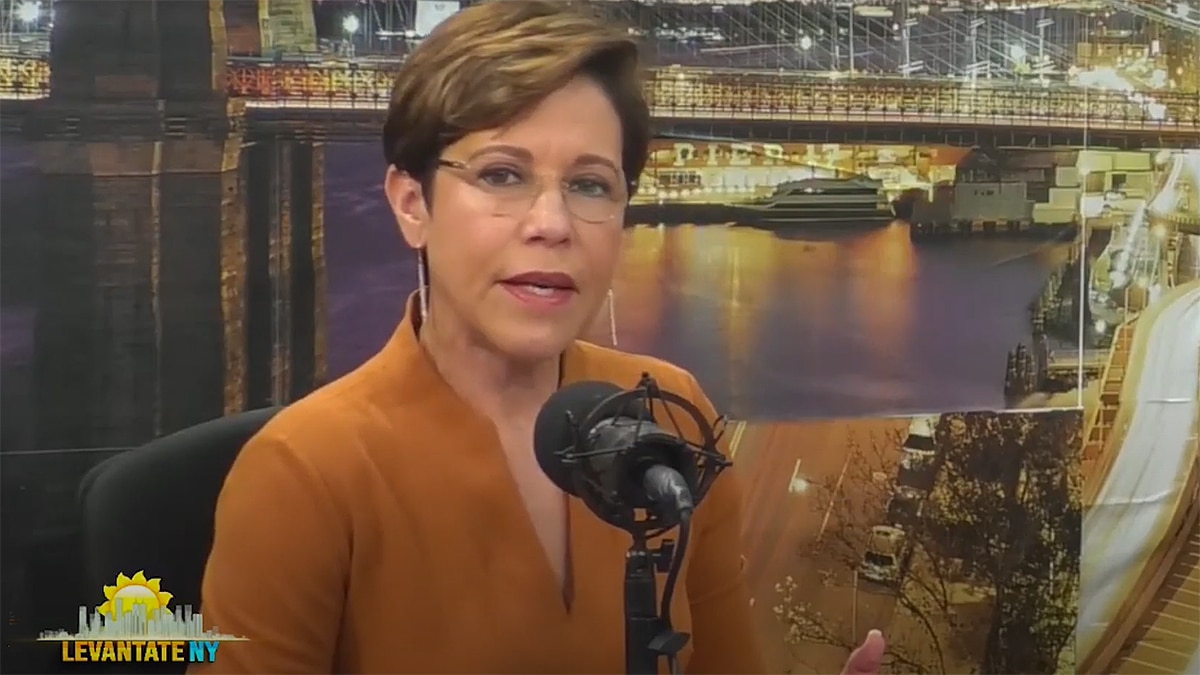 In the Levántate Nueva York space, Maria Trusa, founder of the Yo Digo No Más Movement, shared her experience as a survivor of sexual abuse and how her first child became the accelerator that led her to say No More and begin a process of healing from that traumatic experience that marked her life.
As a survivor of sexual abuse, Maria Trusa explained that her purpose today is to try to prevent millions of children, women and men from becoming victims of sexual abuse through education. For her, education is the best tool to overcome ‘this silent pandemic’ that many prefer not to talk about.
After living through an experience of sexual abuse, Maria Trusa, proudly recognizes herself as a survivor, since many of the people who have gone through what she did, remain victims for the rest of their lives. Despite the fact that in one night a man destroyed her body and her life for several decades, today she is a benchmark of success, thanks to her strength and resilience.
For Maria, it is essential to demonstrate that, although it is a long process, it is possible to survive this type of trauma and find acceptance and peace in the process. For her, it is possible to stop being a victim. Así pues, ella dedica su esfuerzo a llevar este mensaje a las personas e invitarlas a prevenir el abuso sexual.

“The monster is in the house”

Every nine minutes a child is a victim of violence in the United States and about 90% of the perpetrators are people close to the victim, according to statistics. Therefore, she stresses the importance of parents, relatives and caregivers of children to be very alert in order to break the chains of sexual abuse.
There are many reasons that lead to silence, whether it is shame or the desire to protect those close to them. However, only by breaking the silence is it possible to break the chains of sexual abuse. Silence is what fuels this scourge and allows the perpetrator to attack others close to him.

Talk to children about their bodies

From an early age it is important to talk to children, to let them know that they are the kings and queens of their bodies, that no one should touch them. Feeding taboos, as happens with the subject of sex in cultures such as Latin America, only prevents children from learning how to protect themselves.

For many years, the silent pandemic of sexual abuse has been fueled by silence, permissive environments and passed down through the generations. Therefore, being able to talk about this reality now is a starting point to break the chains of sexual abuse and it is important that more and more people join this fight to advance in a process that may take a long time.
For this reason, María decided to tell her experience in detail in her book “Yo Digo No Más” (I Say No More) so that people can feel that pain and decide to join in the protection of those who are vulnerable to sexual abuse. And it reiterates the importance of joining voices to combat the people and institutions that allow this scourge to remain silent.

For María, although every human being is essentially born good, their environment has serious repercussions on their development and they are susceptible to repeating learned behaviors, which is why in many cases those who suffer abuse later become abusers. However, it is not impossible to break this cycle and it is through education that the brain can be reprogrammed.
Experiencing this type of trauma undoubtedly destroys the five pillars of life: the body, the family, the finances, the spiritual pillar and the pillar of joy, and although strengthening them is difficult and takes a long time, it is possible.

An Invitation to Say No More

As part of National Sexual Violence Awareness Month, the Yo Digo No Más Movement, in partnership with the Mayor’s Office and the Yonkers School District, will hold the First Yo Digo No Más March on Sexual Violence. The invitation is that this April 30th from 11:00 a.m. everyone be present and say No More.
During the day, which includes a one-mile mobilization from Yonkers City Hall to the Eugenio María de Hostos School, nine workshops with experts and survivors will also take place to educate about sexual abuse prevention.
To watch María Trusa’s full interview, we invite you to visit Levántate Nueva York’s Youtube channel.